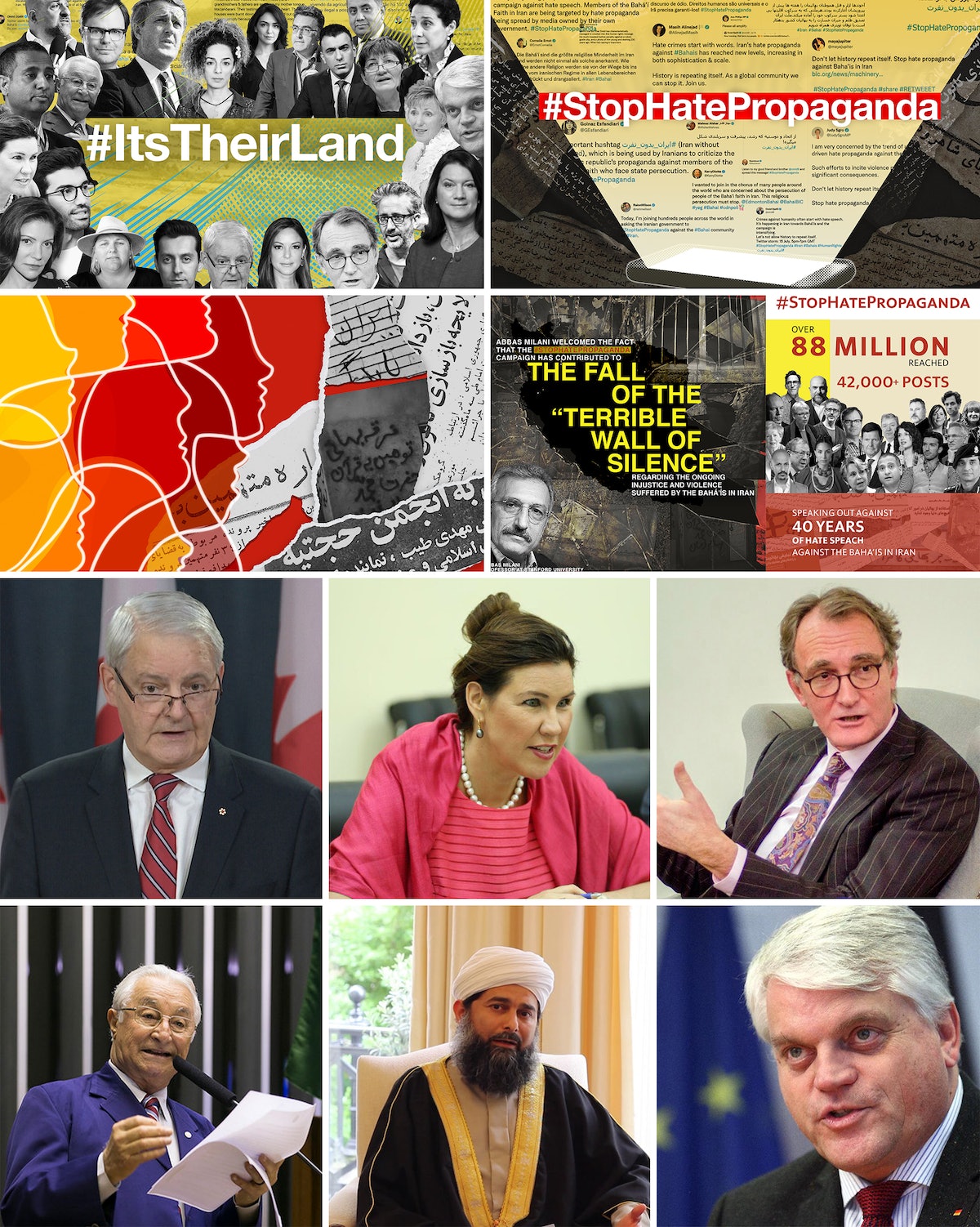 As the persecution of the Bahá’ís of Iran continued, an extraordinary wave of support for them followed, evoking a global outcry from government officials, leaders of thought, civil society organizations, activists, religious leaders, artists, prominent Iranians, and many others. One notable instance was the response of government officials, prominent figures, and many people around the world to an effort drawing attention to the Iranian government’s decades-long campaign of hate speech and propaganda against Iranian Bahá’ís.