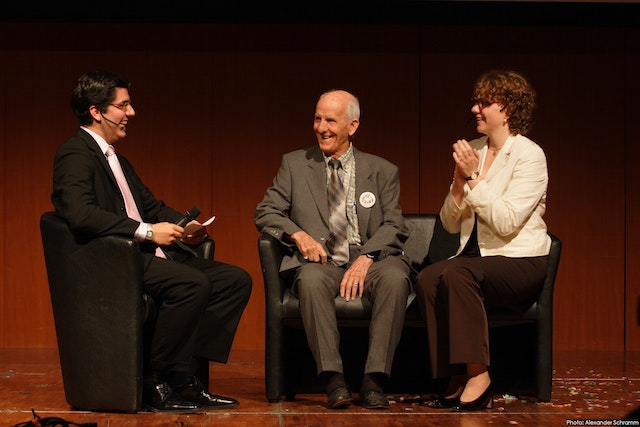 John Eichenauer, center, was interviewed about the role he played just after World War II in helping the German Baha'i community re-establish itself. A United States soldier stationed in occupied post-war Germany, Mr. Eichenauer made efforts to track down Baha'is in Stuttgart and re-connect them with the outside world.