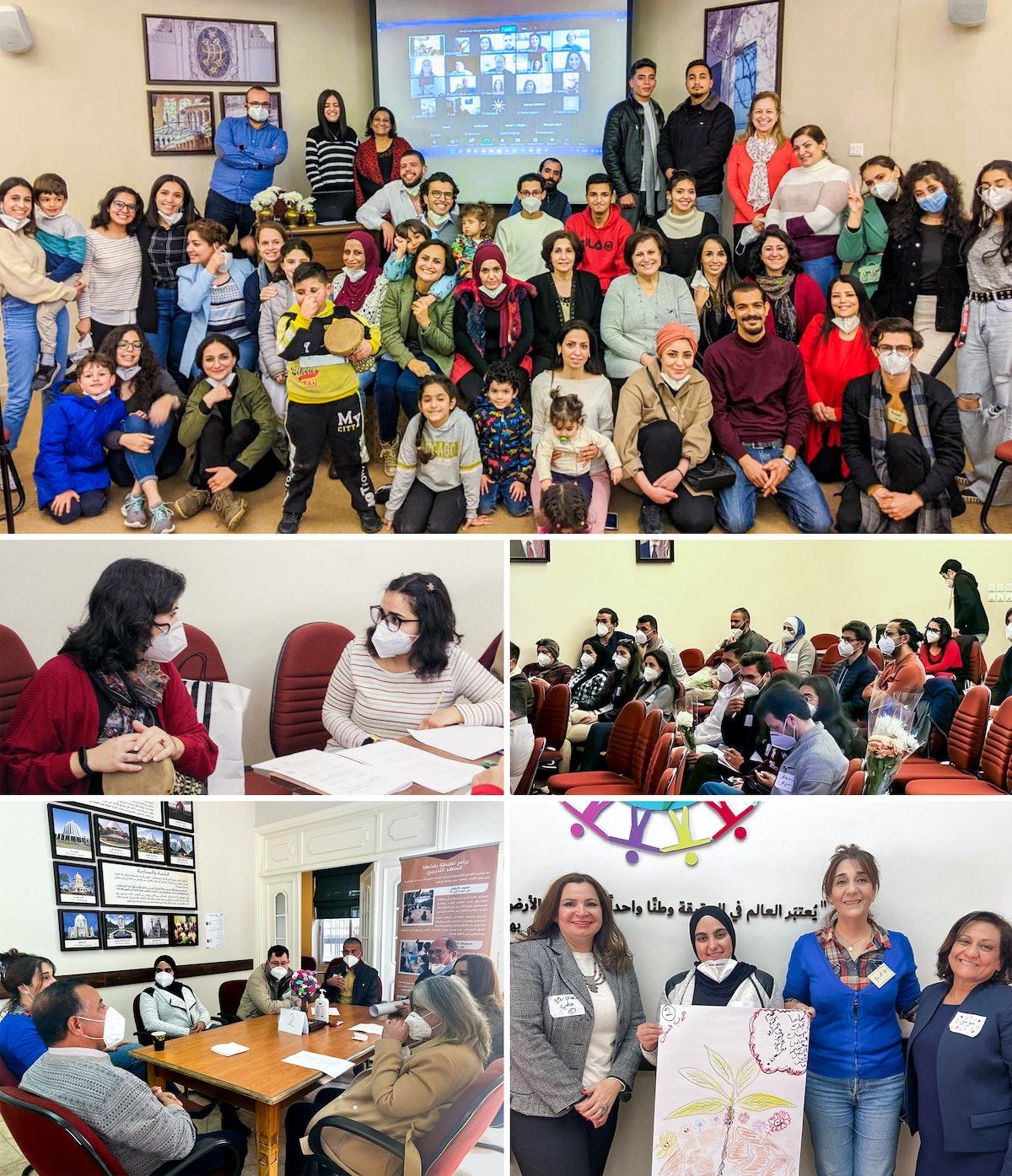 As part of the series of conferences being held in Jordan, several gatherings titled “Conversations to build society” were held in Amman. Some of these gatherings included representatives of NGOs and faith communities who have been participating alongside the Bahá’ís of that country in discussions on coexistence.