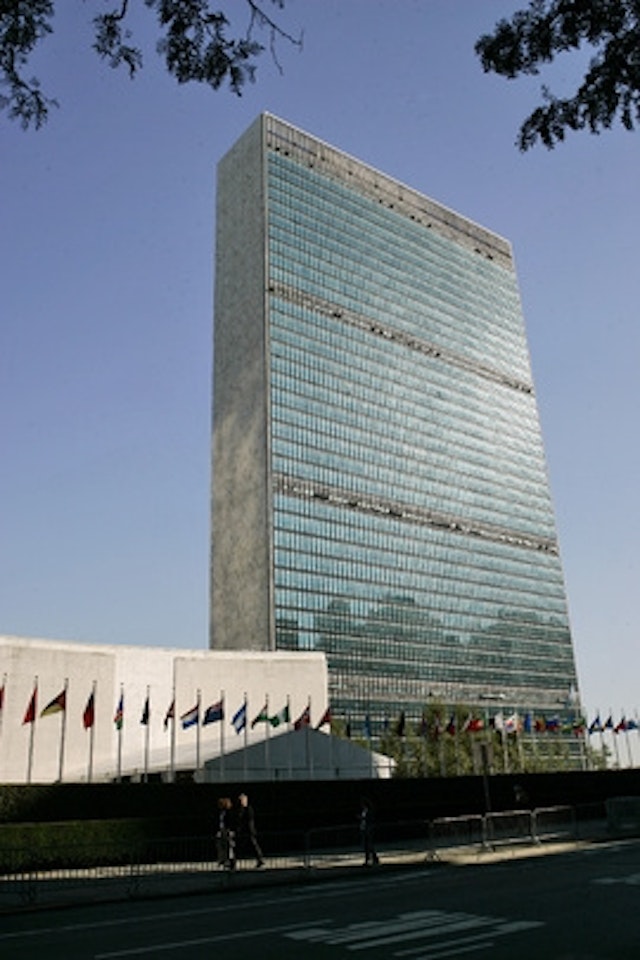 The United Nations Headquarters buildings in New York City. The UN General Assembly Third Committee today voted in favor of a resolution that condemned Iran for its “serious ongoing and recurring human rights violations.” The resolution – which is expected to be confirmed by the full Assembly in December – also requests that the UN Secretary General issue a report on human rights in Iran again next year. UN Photo/Mark Garten.