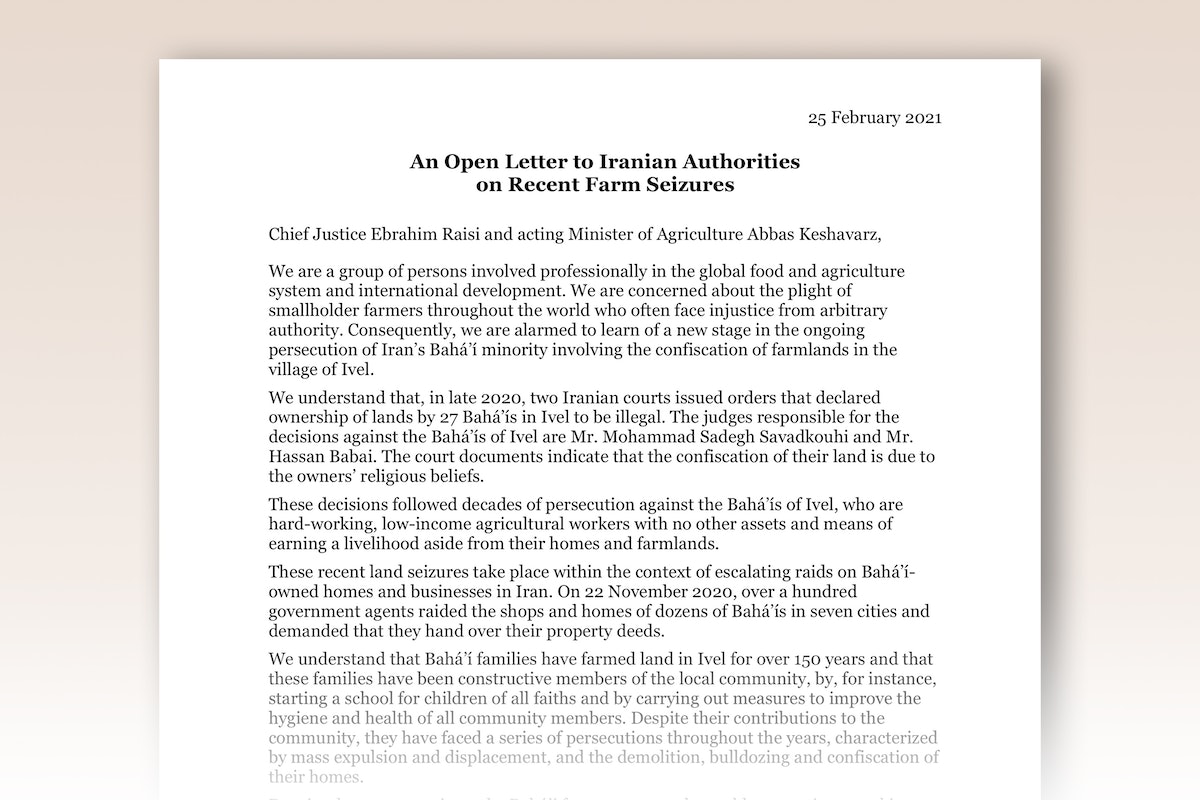 In an open letter to Iran’s Chief Justice Ebrahim Raisi and acting Minister of Agriculture Abbas Keshavarz, figures in the field of agriculture from several countries across the world—including Canada, Ethiopia, Mali, and the United States—say they are speaking out because they “are concerned about the plight of smallholder farmers throughout the world who often face injustice from arbitrary authority.