The seven Iranian Baha’i leaders who formerly looked after the needs of Iran’s Baha’i community.

Profiles of the seven Baha’i “leaders”

The seven Baha’i leaders who were initially sentenced to 20 years imprisonment have long served both Iranian society and the Baha’i community. Six of them were arrested on 14 May 2008 at their homes in Tehran. The seventh, Mahvash Sabet, was arrested on 5 March 2008 while on a trip to Mashhad. They were held incommunicado for weeks and were not allowed access to legal counsel for more than a year.

The seven formed the entire membership of the now-disbanded group known as the “Yaran” or “Friends in Iran,” tending to the spiritual and social needs of the 300,000-member Baha’i community of that country.

They are listed here in alphabetical order. 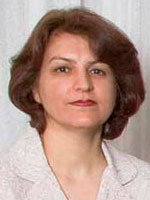 Fariba Kamalabadi, 50, is a developmental psychologist and mother of three who was arrested twice previously because of her involvement with the Baha’i community. On one of those occasions she was held incommunicado for 10 days. Her father, a physician, was imprisoned and tortured in the 1980s because of his faith.

As a Baha’i youth, Mrs. Kamalabadi was denied the opportunity to study at a public university. In her mid-30s, she embarked on an eight-year period of study and ultimately received a master’s degree from the Advanced Baha’i Studies Institute, an affiliate of the Baha’i Institute of Higher Education.

Mrs. Kamalabadi is married to Ruhollah Taefi. The youngest of their children is only 16 years old. 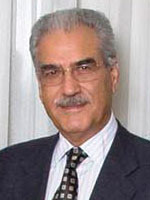 Jamaloddin Khanjani, 80, was a successful factory owner who, because he was Baha’i, lost his business after the 1979 Islamic revolution. His brick-making factory – the first automated such facility in Iran – employed several hundred people until forced to close in the early 1980s. Mr. Khanjani’s volunteer service to his religious community included membership on the National Spiritual Assembly of the Baha’is of Iran in 1984, a year that saw four of the nine members executed by the government.

Later, he was able to establish a mechanized farm on properties owned by his family. But authorities placed many restrictions on him and made it difficult to operate. The restrictions extended to his children and relatives and included refusing loans, closing their places of business, limiting business dealings, and banning travel outside Iran.

Mr. Khanjani was arrested and imprisoned at least three times before this most recent incarceration in 2008. He has four children and six grandchildren. His wife, Ashraf Sobhani, passed away on 10 March 2010, while Mr. Khanjani was still in prison. 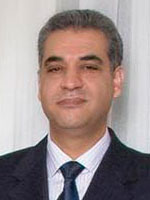 Afif Naeimi, 51, is an industrialist who was unable to pursue his dream of becoming a doctor because as a Baha’i he was denied access to university. He diverted his attention to business, one of the few avenues of work open to Baha’is, and eventually took over management of his father-in-law’s blanket and textile factory.

Born in Yazd, he lived part of his youth with relatives in Jordan after the death of his father. He was long active in volunteer Baha’i service, teaching classes for both children and adults and serving as a member of the Auxiliary Board, an appointed position with the function of inspiring, encouraging, and promoting learning among Baha’is.

He and his wife, Shohreh Khallokhi, have two grown sons. 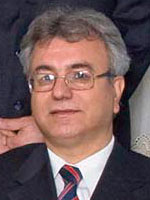 Saeid Rezaie, 54, is an agricultural engineer who has run a successful farming equipment business for more than 20 years. He is the author of several books and is known for his extensive scholarship on Baha’i topics.

He was born in Abadan and spent his childhood in Shiraz, where he obtained a degree from Pahlavi University. During the early 1980s, when persecution of Baha’is was intense, he moved to northern Iran and worked as a farming manager, then to Kerman to work as a carpenter, in part because of the difficulties Baha’is faced in finding formal employment or operating businesses. In 1985, he and a friend were able to open an agricultural equipment company in Fars province, and the business prospered. Mr. Rezaie has actively served the Baha’i community since he was a young man, teaching children’s classes for many years and promoting other educational endeavors.

He and his wife, Shaheen Rowhanian, have three children. Their two daughters, both in their 20s, were among a group of 54 young Baha’is arrested in Shiraz in 2006 while engaged in a project aimed at helping underprivileged young people. Their son is 13 years old.

In 2006, before his latest incarceration in 2008, Mr. Rezaie was arrested and detained for a period that included 40 days in solitary confinement. 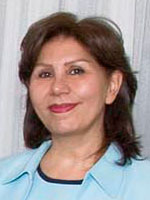 Mahvash Sabet, 60, is a teacher and school principal who was dismissed from public education for being a Baha’i. Before her arrest, she served for 15 years as a member of the Board of the Advanced Baha’i Studies Institute, an affiliate of the Baha’i Institute for Higher Education, which provides alternative higher education for Baha’i youth.

She was born in 1953 in Ardestan and moved to Tehran when she was in fifth grade. Her bachelor’s degree is in psychology. She began her professional career as a teacher and also worked as a principal at several schools. In her professional role, she also collaborated with the National Literacy Committee of Iran. After the Islamic revolution, like thousands of other Iranian Baha’i educators, she was fired from her job and blocked from working in public education.

She and her husband, Siyvash Sabet, have two grown children. 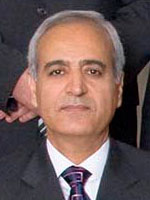 Behrouz Tavakkoli, 61, was a social worker who lost his government job in the early 1980s because of his Baha’i belief. Prior to his most recent imprisonment, he experienced intermittent detainment and harassment and, three years ago, was jailed for four months without charge, spending most of that time in solitary confinement and developing serious kidney and orthotic problems.

He studied psychology in university and then completed two years of service in the army, where he was a lieutenant. He later took additional training and then specialized in the care of the physically and mentally handicapped, working in a government position until he was fired because of his religion.

He and his wife, Tahereh Fakhri Tuski, have two sons, one of whom lives in Canada and another who has been studying architecture through the Baha’i Institute for Higher Education

Mr. Tavakkoli was elected to the local Baha’i governing council in Mashhad while a student at the university there and later served on a similar council in Sari before such institutions were banned in the early 1980s. He also served on various Baha’i youth committees, and during the early 1980s was appointed to the Auxiliary Board.

To support his family after he lost his government position, Mr. Tavakkoli established a small millwork carpentry shop in the city of Gonbad. He also organized a series of classes in Baha’i studies for adults and young people. 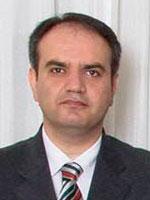 Vahid Tizfahm, 40, is an optician and owner of an optical shop in Tabriz, where he lived until early 2008 when he moved to Tehran.

He was born and spent his youth in the city of Urumiyyih and went to Tabriz at age 18 to study to become an optician. He later continued his education and earned a master’s degree in sociology at the Advanced Baha’i Studies Institute, an affiliate of the Baha’i Institute for Higher Education.

Since his youth, Mr. Tizfahm has served the Baha’i community in a variety of capacities – for a time as a member of the Baha’i National Youth Committee and later as part of the Auxiliary Board, an advisory group that serves to uplift and inspire Baha’i communities. He has also taught children’s classes.

Longer biographies of the seven