Some 750 Baha’is from Zambia, Malawi, and Zimbabwe gathered in Lusaka, Zambia, for the first of 41 regional Baha’i conferences to be held over the next four months. More photographs 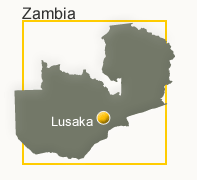 The Bahá’ís of Zambia learned in mid-October that they were to host a regional conference that would draw together believers from across the country with those from Zimbabwe and Malawi.  Just three weeks later, 750 Bahá’ís gathered at the Banani School in Lusaka for two days of celebration and serious consultation on the goals set for the Five Year Plan, including the launch of 13 intensive programs of growth by Ridván 2009.  The conference was the first in the series of 41 conferences called for by the Universal House of Justice in its message of 20 October 2008 to the Bahá’ís of the world.

Echoing the sentiments of many of the participants, Mr. Adam Mwandira from the Central Province of Zambia, said at the conclusion of the conference, “It was such an amazing experience to see [hundreds of] Baha’is joyfully gathering together. How I wish that could be how cluster meetings should be. I am very tired, but very happy.”

“I feel that the Conference was exactly what we needed to inspire, encourage and boost our spirit in the Five Year Plan. Having studied the message from the House of Justice, I have no doubt that we will all arise and contribute towards the launch of the Intensive Programmes of Growth in the next six months. I am very excited.”

Among the 750 participants, 550 were from Zambia, 80 from Zimbabwe and 120 from Malawi. Five of the participants were traditional rulers, all Baha’is actively supporting the endeavors of the Faith in their areas. Participants came from all 46 of the priority clusters of the three countries.  Held outdoors under a large tent at the Banani School, the conference was characterized by a spirit of joy and movement, giving rise to spontaneous outbursts of song and energizing the friends in their deliberations and reflection on the work of the Plan.

The chairman of the National Spiritual Assembly of Zambia opened the meeting with the reading of a message of greetings from the Universal House of Justice in English and a number of local languages.  Two members of the International Teaching Center, representing the Universal House of Justice, Mr. Stephen Birkland and Ms. Uransaikhan Baatar, were on hand, as were two Continental Counselors, Mr. Garth Pollock and Mrs. Maina Mkandawire.  In the keynote address, Mr. Birkland reviewed the progress that has so far been attained in the region and encouraged the friends to focus their sights on the aim of the Five Year Plan and to work with concentration, drive, and energy.

“I feel that the conference was exactly what we needed to inspire, encourage and boost our spirit in the Five Year Plan,” said Ms. Musonda Kapusa of Lusaka.  “Having studied the message from the House of Justice, I have no doubt that we will all arise and contribute towards the launch of the intensive programs of growth in the next six months.”

Through presentations by secretaries of the three National Spiritual Assemblies, the participants reflected on the progress thus far achieved in the most advanced clusters of the three countries.  A study of the 20 October message of the Universal House of Justice, which had been translated into Tonga, Lunda, Bemba, Chewa and Shona, focused on the urgent need to arise and serve the Plan in the context of the current framework of action.  As part of Ms. Baatar’s presentation on key concepts of the Five Year Plan, friends from Malawi and Zambia shared inspiring stories of the lessons they have learned through their efforts to teach children, sustain direct teaching activities, support junior youth groups, and participate in an intensive program of growth.

“It was such an amazing experience to see about 900 Baha’is joyfully gathering together. How I wish that could be how cluster meeting should be. I am very tired, but very happy.”

Mr. Kawawa Chitiya, a youth from Zambia, reflected on how the conference opened up possibilities for positive change, against the backdrop of growing distress in the world.  “Yes, we have financial crises, yes our societies are morally degrading by the day, and yes, we are constantly in search of answers to so many questions,” he said.  “Yet, by being a part of this event, I realized that, all the planning we ever do, for children’s classes, for teaching campaigns, and for any other Bahá’í activities, is merely a guide to the real thing—the action.  And even when our communities here in Zambia are witnessing constant growth, it has become evident that there still is a lot more we can do.”

On the second day, the participants broke up into groups to elaborate action plans for launching intensive programs of growth in 13 clusters—five in Malawi, six in Zambia and two in Zimbabwe—by Ridván 2009.  The friends looked at how they can make the most effective use of their time to support the goals by contributing to the strengthening of the training institute, multiplication of core activities, intensification of teaching, and serving as home front pioneers in the 13 target clusters. All of the friends at the conference pledged to intensify their efforts to increase the level of activity and to ensure that a wave of intensive programs of growth characterizes the period between now and Ridván 2009. Almost every month, starting December 2008 until April 2009, will witness the launching of an intensive program of growth in the three countries.

The gathering provided an opportunity for celebrating current achievements and planning the attainment of goals.  The happiness and dedication of the friends were manifest in the heartwarming songs and dance that were a feature of the conference; over 10 choirs from Zambia, Malawi and Zimbabwe were present at the conference and contributed to heightening the spirit of oneness and strengthening a sense of mission.

“Reflecting on the speeches given and stories told by our Malawian and Zimbabwean friends, and especially those from Zimbabwe,” explained Mr. Chitiya, “it is inspiring to know that there are friends out there, who, irrespective of conditions are willing to sacrifice in order to advance the Faith.  And I truly agree that genuine and lasting comfort and joy are latent within us, and if arising to serve is the one act that achieves that, I, like the hundreds of other friends,  am willing to reach out and share the life-changing message of Bahá’u’lláh.”